The current view of Artificial Intelligence 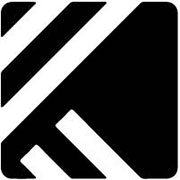 According to the AI Index Annual Report of 2019, attention surrounding Artificial Intelligence has been on the rise. China is at the forefront of articles published on the topic, surpassing its European neighbors by far. Relevance in leadership (calculated by the interaction between the community and published works) is led by the United States, 50% ahead of its Asian counterpart. North America accounts for more than 60% of international activity related to patent applications.

Interest in Artificial Intelligence measured by the number of delegates attending specialized conferences has been increasing. One such event, NeurIPS, is the largest on a global scale – attendance rises yearly. It is important to note the role of women in AI projects is particularly strong in Western Europe.

In this regard, the Netherlands, Denmark, Argentina, Canada, and Iran stand out. The Women in Artificial Intelligence (WiML) is 8 times larger than attendance in 2014. Once more, the inclusion of women within the industry is made apparent.

From an educational standpoint, there is a growing interest in making AI knowledge accessible to all. Enrollment in courses related to AI has increased in traditional universities in the United States as well as in international and online universities. Furthermore, AI has become the most requested specialization among Computer Science doctorates in North America, with a significant increase in the number of students.

AI has become the largest monopoly on talent in the sector. In 2018, it comprised 60% of completed doctorates. It is important to point out the division of professors in the subject; women represent less than 20% of professors, while female doctoral graduates have remained steady at 20% (in the US) since 2010.

AI has also been an important source of job creation. Countries with the greatest increases in hiring in this field are Singapore, Brazil, Australia, India, and Canada. The US is an interesting case, where job offers related to AI comprise 1.32% of total job offerings in 2019. The majority of jobs were related to machine learning, above all in the service and high-tech manufacturing sectors.

The greatest challenge is to guarantee the clarification, interpretability, impartiality, and transparency of systems. After analyzing more than 3,600 published articles from around the world, doubts are still present regarding legislation, facial recognition, privacy concerns, biases found in algorithms, and the role they play in technology.

The AI Index Report mentions the very real possibility offered by AI to achieve the 17 Sustainable Development Goals of the United Nations by “areas of identified use.” The report refers to 29 cases of wellbeing, 24 cases related to peace, justice, and institutional strengthening, 13 of quality education, and 10 cases in the war on poverty.